Precipitation levels remained below normal for the majority of Wyoming for the week ending July 31, 2022, according to the Mountain Regional Field Office of the National Agricultural Statistics Service, USDA.

Most of the State received rainfall totals from near zero to 0.4 inches. Only isolated areas received totals up to 1.0 inches of moisture.

Temperatures varied and ran from 2 to 4 degrees below normal for much of the eastern and southern parts of the State. Sections of the west and northwest, however, saw temperatures as much as 4.0 degrees above average.

Wyoming saw little change to drought conditions. According to the United States Drought Monitor for July 28, 2022, the amount of land that was drought free fell slightly to 10.4 percent, compared to 10.6 percent the previous week. The amount of land that was abnormally dry stood at 26.7 percent, a minimal increase from last week's 26.6 percent. Moderate drought was found in 37.9 percent of the state, comparted to 37.8 percent the previous week. Severe drought stood at 17.9 percent, a drop of 2.0 percentage points from last week. Extreme drought increased to 7.1 percent, up from last week's 5.1 percent. 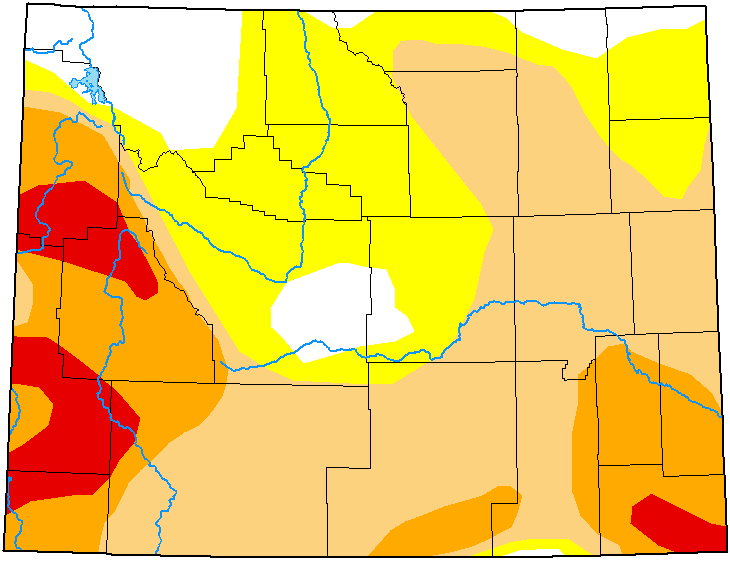 Farmers and ranchers were seeing low grass yields in Carbon County. Some producers were pulling livestock from summer grazing lands 3 to 4 weeks early due to the poor forage conditions. Some fields benefitted from the isolated rain s in northern parts of Goshen County, but southern areas remained very dry.

A report from Lincoln County indicated that the continuing hot and dry conditions were causing some fields to dry up and turn yellow. Irrigation water was under regulation and some hay fields lacked the water necessary for a second crop.

A report from Niobrara County echoed the picture in other counties that fields were drying out. In Platte County, some areas were helped by rain showers. Most of the county was dry and the need for more moisture was critical. Corn was mostly tasseled out. Irrigation water allocations were cut and the negative effects on fields would be seen during the upcoming weeks.

Why gas stoves matter to the climate – and...