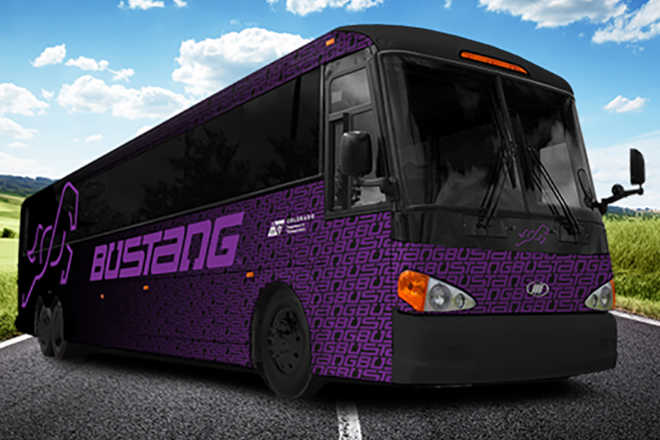 Beginning this weekend, people living the Gunnison Valley and in southwestern Colorado will have a new way to travel to Denver, Grand Junction and other locations, including areas along the Front Range beginning next week.

Saturday, June 30, the Colorado Department of Transportation's (CDOT) existing Bustang service is expanding to serve the communities along U.S. 160, Colorado 145, U.S. 550 and U.S 50 between Durango and Grand Junction.

Gunnison's Outrider service also will travel once a day in each direction - from the Econo Lodge in Gunnison at 6:15 a.m., with an arrival at Denver's Union Station 10:50 a.m.  It will leave Denver at 1:55 p.m., returning to Gunnison at 6:40 p.m.  It also will run seven days a week.  Other stops along this route include Salida, Buena Vista (Johnson Village), Fairplay and Pine Junction.  A one-way ticket between Gunnison and Denver is $40.

Outrider will provide the same reliable and convenient bus service that Bustang offers, with each coach equipped with a restroom, bike racks, free WiFi (where available), power outlets and USB ports. Each Outrider coach seats 38 and is handicap accessible.

"Launching Bustang introduced a new era for the state's transportation system.  Expanding Bustang Outrider marks another crucial steps at creating the healthiest multi-modal transportation system in the country," said CDOT Executive Director Michael Lewis.  "Linking rural areas of the state provides a vital service for those who need or want the amenities that are provided in the state's larger communities."

Current Outrider routes are running between Lamar and Puebloand Alamosa and Pueblo.

More information about the Outrider service is available at www.ridebustang.com