Three cases of suspected poaching of a mule deer buck occurred within Dry Creek Basin. Two bull elk were discovered at the Dan Noble State Wildlife Area south of Norwood, and another bull elk and two cow elk were also shot and left to waste in the Callan Draw area southwest of Norwood. 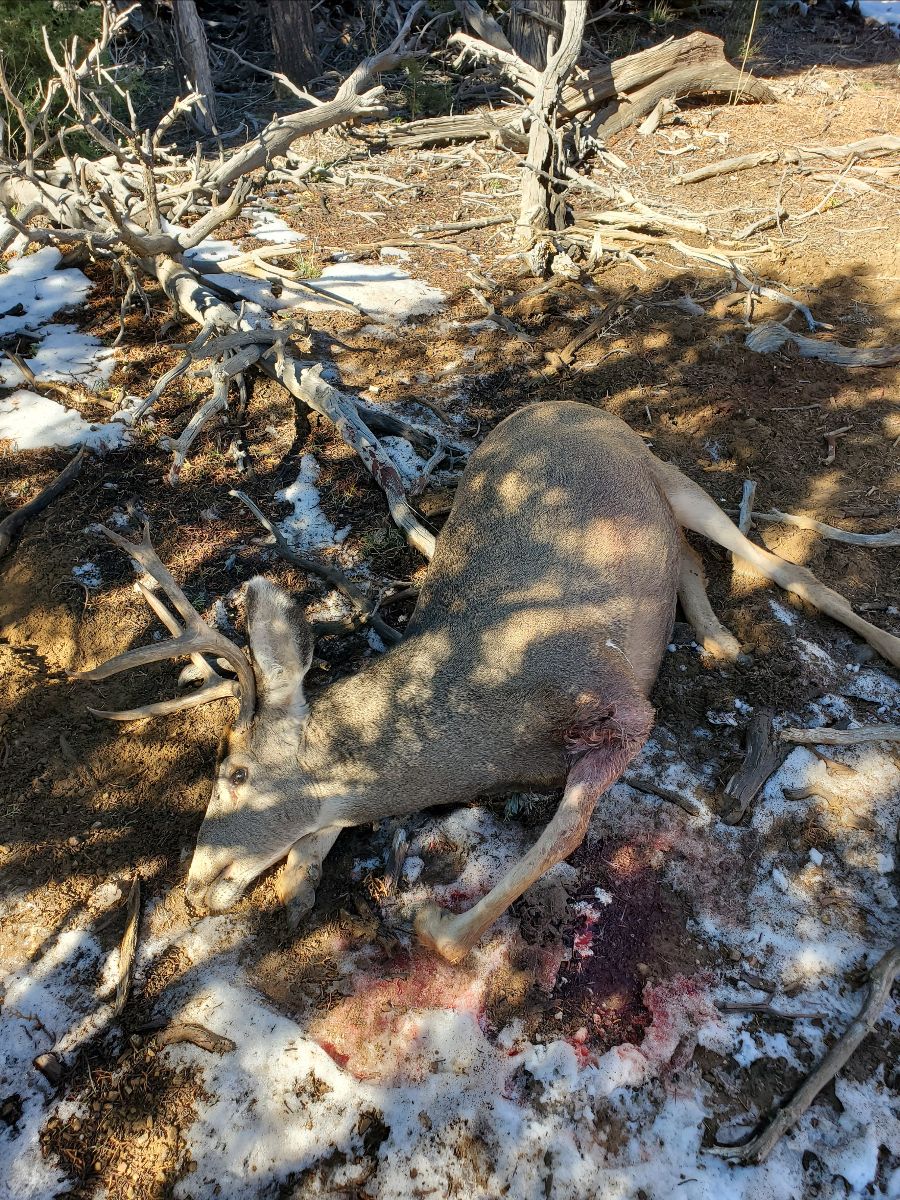 A mule deer buck that was shot and left to waste is pictured Oct. 30 in Dry Creek Basin. Tony Bonacquesta - CPW

"All of these animals were found shot and left to waste. This is an egregious violation of Colorado's laws surrounding hunting and fishing, which require hunters to prepare game meat for human consumption," said CPW Area Wildlife Manager Rachel Sralla.

The incidents have all occurred between October 30 and November 15.

"In any activity that people enjoy, most of the time things go well and the participants behave in the appropriate legal, moral and ethical manner," said CPW District Wildlife Manager Mark Caddy. "Sometimes, however, there are one or two people who show up and act in a manner that no one inside or outside of the activity can condone. Evidently, these types of individuals showed up in GMU 70 during the recent hunting seasons."

Here's a detailed look at each suspected poaching case being investigated:

Evidence was collected at each one of these incidents that is being used to continue the investigation. 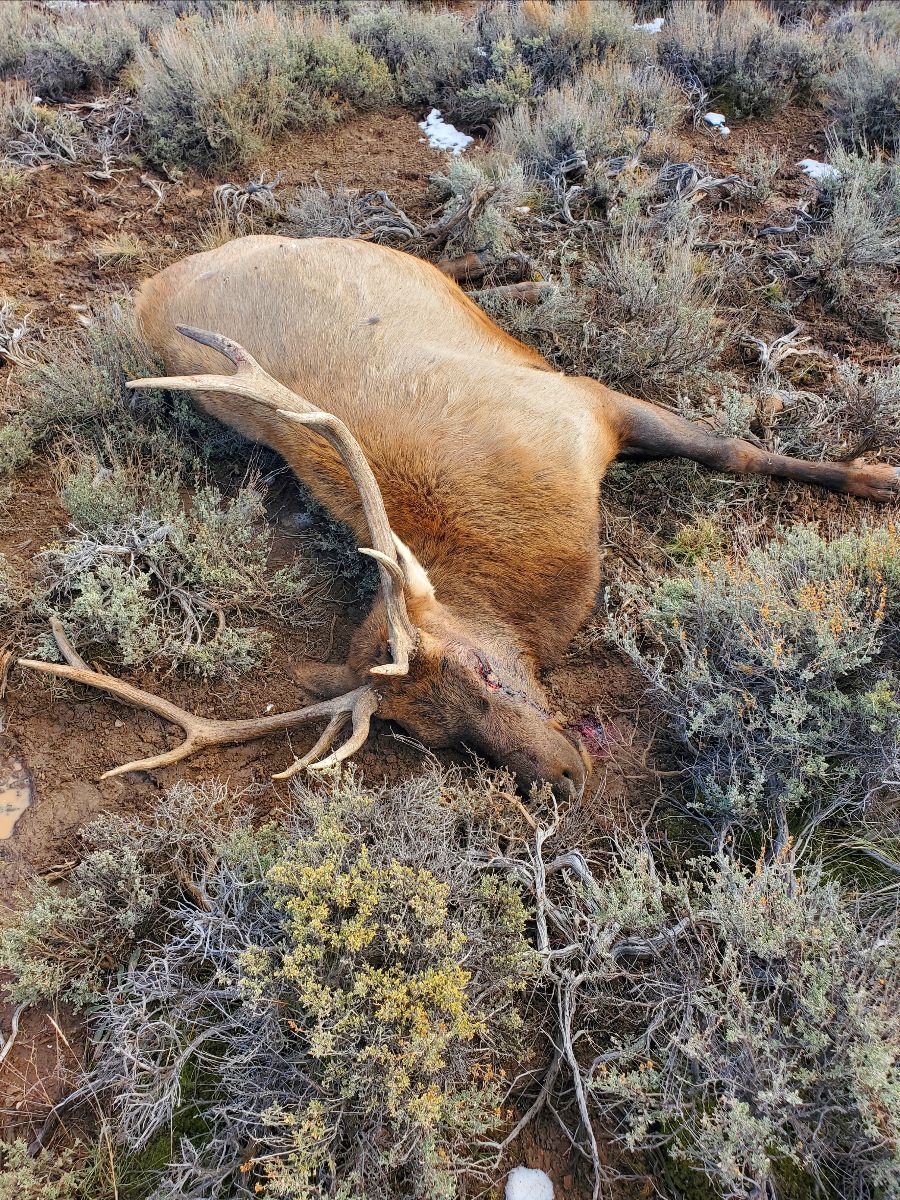 A bull elk that was shot and left to waste is pictured Nov. 6 at the Dan Noble State Wildlife Area. Tony Bonacquesta - CPW

CPW is asking the public for assistance in solving these crimes. If you were in the areas described and have any information regarding these incidents, call Caddy at 970-209-2368 or Bonacquista at 970-209-2374.

To provide information anonymously, the public can contact Operation Game Thief by phone at 877-265-6648 or by email at game.thief@state.co.us.

Operation Game Thief is a Colorado Parks and Wildlife program that pays rewards to citizens who turn in poachers. A citizens committee administers reward funds in many poaching cases, which is maintained by private contributions. The board may approve rewards of up to $1,000 for flagrant cases. 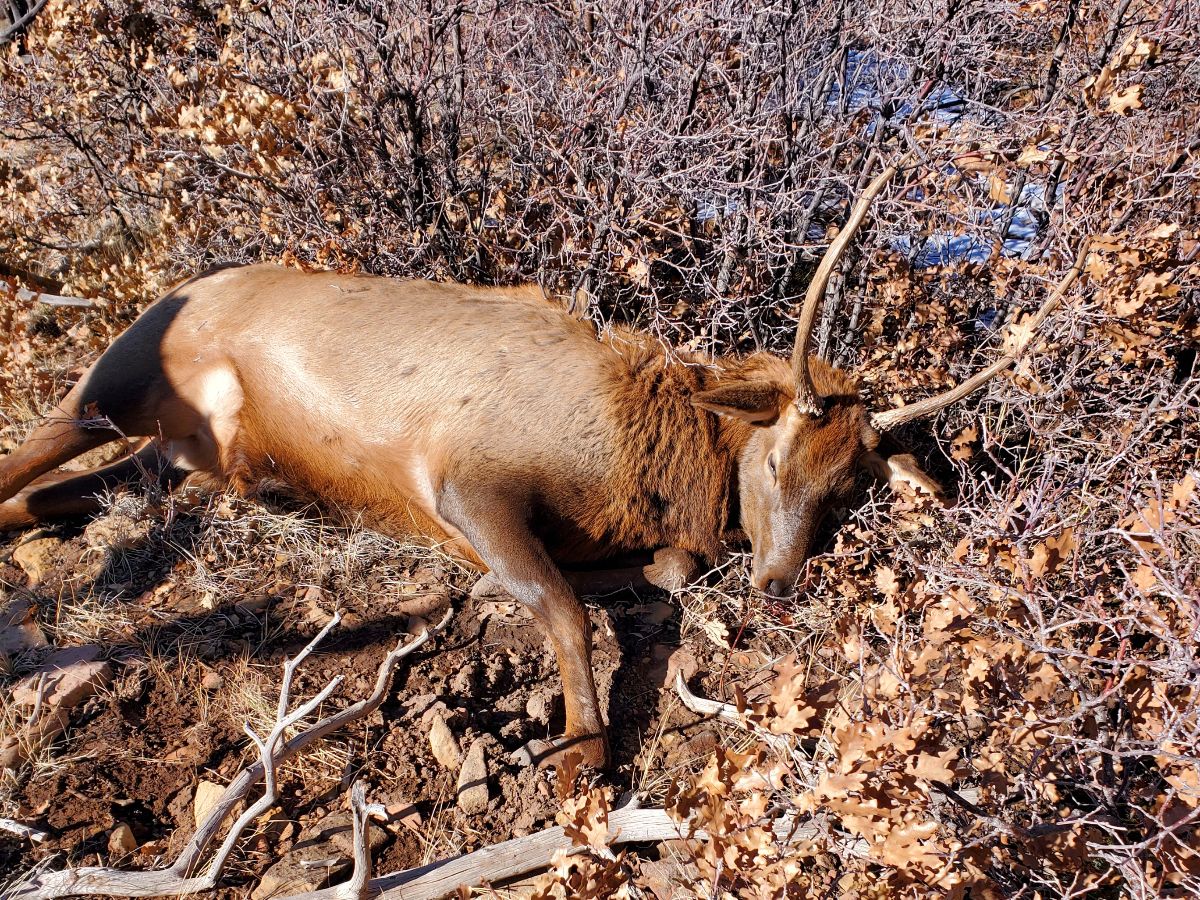 PICT A spike bull elk that was found shot and left to waste is pictured Nov. 17 in the Callan Draw area southwest of Norwood. Tony Bonacquista - CPW

Poaching is a serious and costly crime. It robs legitimate sportspeople of game and fish, robs businesses and taxpayers of revenues generated by hunting and fishing, and robs all of us of a valuable natural resource that makes Colorado so special: our wildlife.

Sralla said waste of wildlife is an especially troublesome crime to ethical hunters, who take care and pride in preparing their meat to take home.

"The initial information on each animal in these cases came from hunters in the field who took the time to call and report that something was going on," Caddy said. "These ethical hunters are as concerned about this happening as we are."