Portions of Colorado saw slight improvements for drought conditions, with a small part of the state reaching drought-free status for the first time since mid-2020 according to the most recent reportion from the National Drought Mitigation Center. 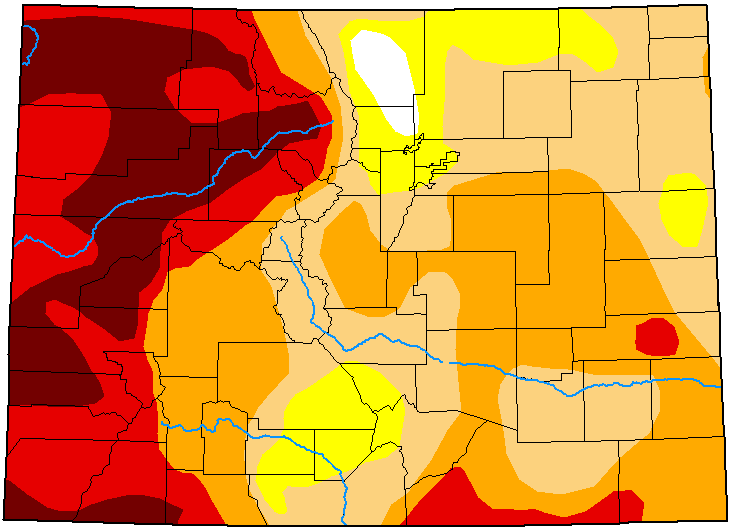 North central and a small part of northeast Colorado improved for the week. Central Larimer County, along with northeast Boulder and a sliver of southwest Weld counties moved to drought-free conditions - the first time any part of the state has been free from drought or abnormally dry conditions since July 2020.

Much of western Logan County moved from moderate drought to being abnormally dry. A similar improvement was seen in western Weld County, along with portions of Boulder, Broomfield, Gilpin, Clear Creek, Jefferson, Adams, Arapahoe and Denver counties. 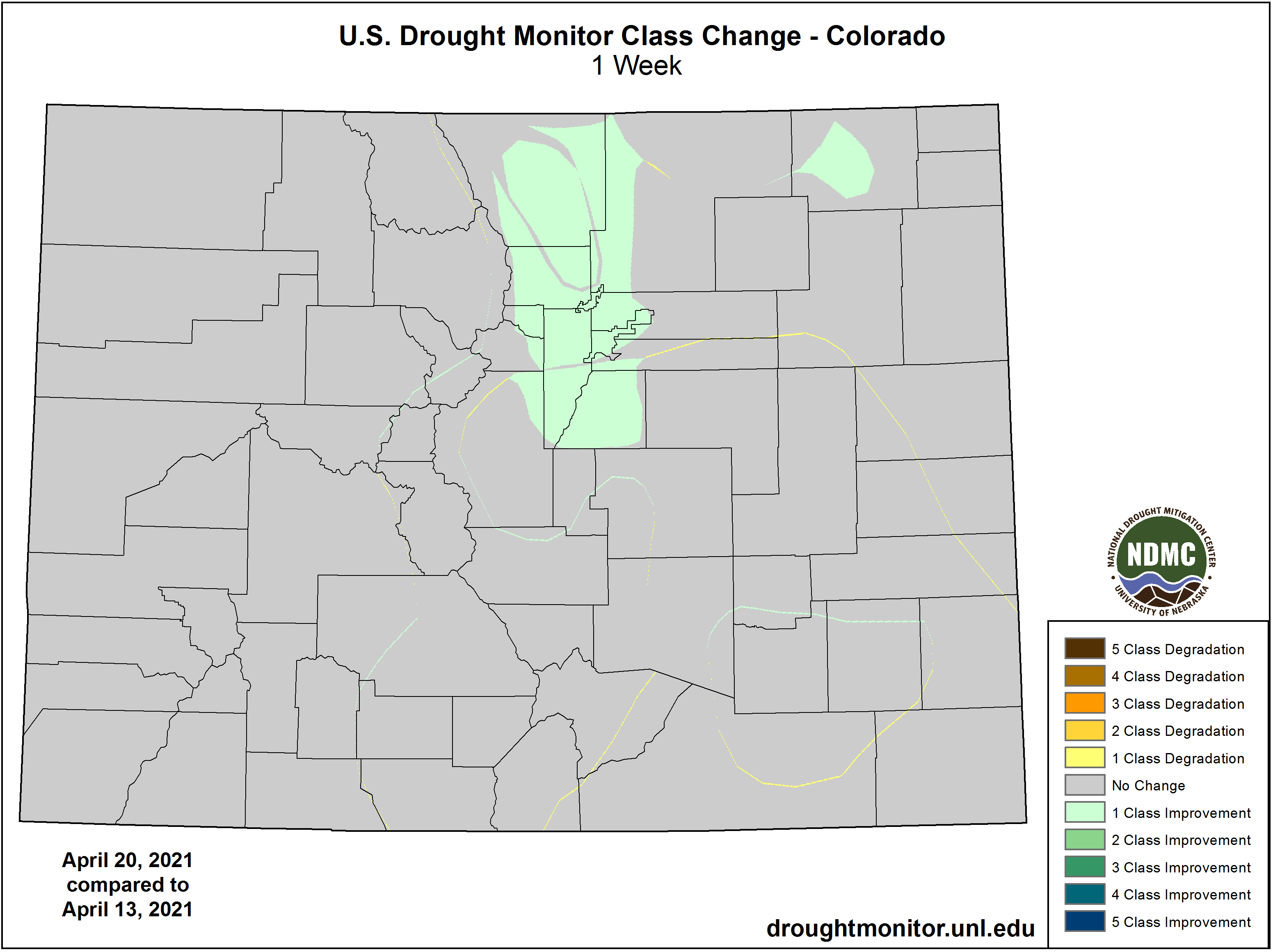 Conditions elsewhere in the state were unchanged this week.

Just over 3.3 million people in Colorado are in drought-impacted areas, down from 4.6 million one week ago.

Early in the summer of 2019, the state was in an eight-week span of drought-free conditions - the first time Colorado had been clear from all levels of drought and abnormally dry conditions since records became available starting in 2000. In late May of that year, the state's snow water equivalent stood at 437 percent of normal following a series of storms that brought abundant moisture across Colorado's river basins. As much as 77 percent of the state has fallen into the extreme and exceptional categories within the past year.