EarthTalk – Why are so many dead gray whales washing up on west coast beaches?

Why are so many gray whales washing up dead on west coast beaches this spring?

It's definitely been a rough spring for Northern Pacific gray whales making their annual 5,500-mile trip from Mexico's Baja California to the Alaskan arctic. Forty-eight of them, emaciated but otherwise showing no overt signs of any known disease, have "stranded" themselves along west coast beaches so far this spring, and researchers expect dozens more before the migration wraps up in June.

The last year when such large numbers of gray whales showed up dead along their migration route was 2000, but that year's severe El Nino had sent lots of warm water into the Pacific and disrupted food webs accordingly. While a much more mild El Nino this time around probably has contributed some warmer water into the mix, other factors are definitely contributing to the increased strandings. 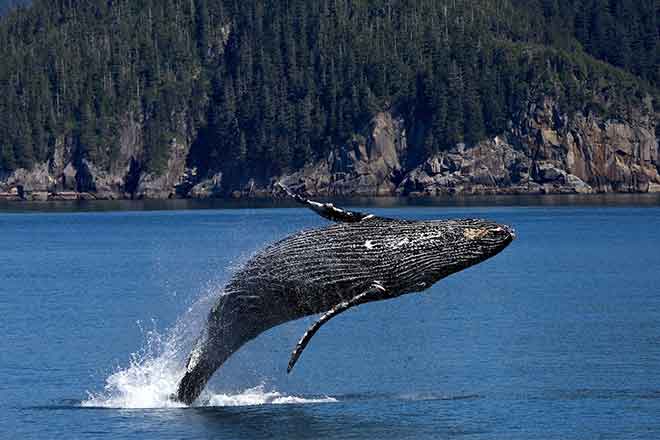 Marine biologists aren't sure yet why so many gray whales are washing up dead on west coast beaches, but global warming is definitely a factor. Credit: Pexels.

One optimistic view is that the whales' very success in rebounding from near-extinction a century ago means more competition for finite amounts of food, leaving those individual whales less skilled at feeding themselves doomed to starvation. Unregulated commercial whaling had decimated Northern Pacific gray whales, with their population dwindling to just a few thousand individuals by the 1930s before an international ban on commercial whaling and other conservation measures kicked in to help spur their recovery. These days some 27,000 of them ply the Northern Pacific.

"The more whales you have, the more whales that are going to die," NOAA Fisheries' Michael Milstein tells Seattle-based news service Crosscut. "So, it's not totally unexpected that we'd see an increasing trend in whale strandings."

According to this theory, the whales may have rebounded to the point where they are bumping up against the Northern Pacific's "carrying capacity" (defined as the maximum population size of a given species that the environment can sustain indefinitely given the availability of suitable food and habitat).

But there is likely still more to the story. Global warming has led to retreating polar ice and algae die-offs in the Arctic, key habitat where the whales go every summer to stock up on nutrients before their long commute back to Mexico. These changing conditions have also led to a decline in benthic amphipods, the tiny shrimp-like crustaceans that form the basis of the gray whales' diet, which would explain why so many more of them are starving to death as they try to make the long journey north. And/or something could be wrong with (or contaminating) amphipods, in turn hurting gray whales.

Scientists worry that the troubled grays could be "canaries in the coalmine" for more widespread problems in marine ecosystems in the coming years, especially if this recent uptick in strandings is fundamentally tied to things wrong at the very bottom of the marine food chain.

"The same thing that's affecting [gray whales] may affect other species in different ways," adds Milstein, "if they either depend on the same food sources, or depend on food sources higher in the food web."