Movie Review - Get Out 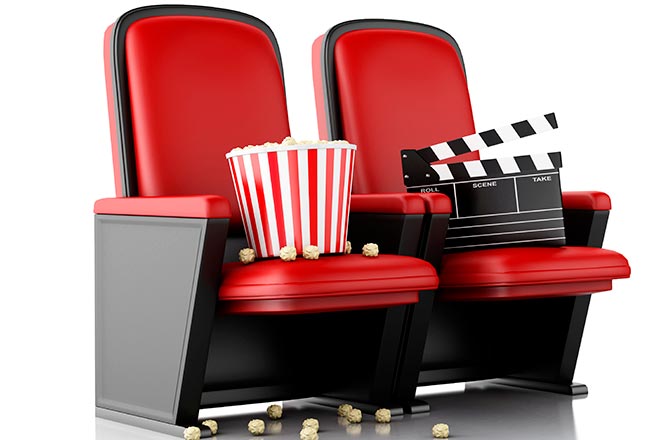 "Get Out" is a horror movie opening on a non-holiday weekend in February. It's rated R, so it can kiss a big chunk of the teen audience goodbye. It's not part of an established franchise, so it can't get by on a familiar character or concept. Its cast includes some reliable hands, but nobody with a lot of box office clout. It's directed by Jordan Peele of "Key & Peele," and he's a familiar name, but not one known for either directing or horror. And yet the movie was a huge hit this past weekend. What made the film so popular? Was it intrigue over the trailers and TV spots? That was part of it, I'm sure. Was it the audience's need to see something that wasn't a Valentine's Weekend leftover? That certainly didn't hurt. But I'd like to think that the biggest factor was word of mouth. I'm a big follower of review compiler Rotten Tomatoes, and by the time I saw the film, it had racked up 120 positive reviews vs. zero negatives. Needless to say, that is outstanding. I thought every movie got at least one negative review, even if it's by some contrarian who just wants to throw off its Rotten Tomatoes score. But no, this one seemed to be unanimously beloved. And my theory is that people wanted to see just what made it so widely appreciated.

The film stars Daniel Kaluuya as Chris, the black boyfriend of white Rose (Allison Williams). She takes him to upstate New York to meet her upper-crust white parents (Bradley Whitford and Catherine Keener). The family throws a party where almost all of the guests are white snobs. None of them are quite on-the-nose "racists," but they commit some unintentional faux pas by using slang like "my man" and turning the conversation a little too quickly to Barack Obama and Tiger Woods. It's nothing heinous, and Chris knows he can't call them out on it because it would make him look overly sensitive, but it's enough to make him feel uncomfortable.

Discomfort soon turns to fear. Rose's brother (Caleb Landry Jones) wants to practice MMA moves on Chris, if you can call what he wants to do "practicing." The family's black servants (Marcus Henderson and Betty Gabriel) are skittish and look like they're about a second away from going crazy (especially Gabriel, whose smile is going to haunt me for a while). The mother is a hypnotist, and she wants Chris for a session where she can "get him to quit smoking." And the one black guy at the party is a man who's been missing for months. Chris's best friend Rod (Lil Rel Howery) warned him before leaving that he should be suspicious of all the white people, and he was definitely onto something.

That "something" isn't as scary as what led up to it. There comes a point where certain characters drop the charade and the film is just a standard thriller after that. It's disappointing to see these characters (and the film along with them) give up the psychological advantage they had been enjoying in favor of timewasting, chasing, fighting, and a logistical gap involving a chair that I couldn't get past. Only one character is an effective villain in the film's third act, and their reign of terror is brief, though I will say that I'm glad the film did something with the character, who had been mostly useless up to that point.

The finale squanders a lot of opportunities, but "Get Out" gets in a good hour or so before it decides that it's done toying with us. That's when the movie is at its best, when it's about social horror instead of actual horror. And this is where Peele's comedic background comes in handy, when he creates these awkward situations where Chris realizes he can't win and he can't excuse himself gracefully. The movie isn't great at invoking screams, but it's great at invoking squirms.

"Get Out" is rated R for violence, bloody images, and language including sexual references. Its running time is 103 minutes.