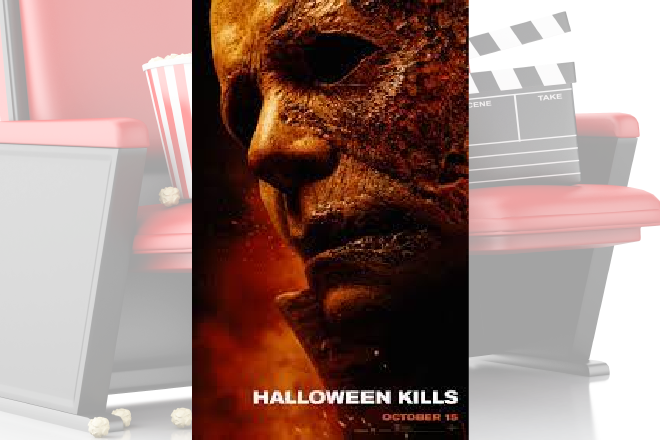 To me, there is no scarier villain in all of horror cinema than Michael Myers. The killer from 1978's "Halloween" is the epitome of soullessness, and his haunting visage gave me some sleepless nights at my grandparents' isolated farmhouse when I was 11. That said, I also have a tremendous amount of respect for "Halloween" and its ability to have that effect on me. That's why I detested new film "Halloween Kills" so much, because I know this series is capable of being so much scarier.

The film picks up where 2018's reboot of "Halloween" left off. Series protagonist Laurie Strode (Jamie Lee Curtis) is on her way to the hospital along with her daughter Karen (Judy Greer) and granddaughter Allyson (Andi Matichak). Michael is trapped in Laurie's house, set ablaze from a trap that frankly I never found that convincing. Unkillable monster that he is, Michael is soon attacking firefighters with their own axes and chainsaws. He's on a mission, most likely to continue his longstanding feud with Laurie. She's being treated for a stab wound, but it's her ego that takes the biggest bruising in this movie.

Standing in Michael's way is a mob of residents of Haddonfield, IL, many of whom have dealt with Michael before. Tommy Doyle (Anthony Michael Hall) was one of the children being babysat by Laurie back in 1978, as was Lindsay (Kyle Richards). Lonnie (Robert Longstreet) encountered Michael briefly, but even a glimpse of Michael is enough to scar anyone for life. Marion (Nancy Stephens) was a nurse from Michael's psychiatric hospital, meaning that she's possibly known him longer than anyone. Sheriff Brackett (Charles Cyphers) lost his daughter to Michael's killing spree. Officer Hawkins (Will Patton) lost his partner, not so much to Michael. I'm not sure anyone cares about the non-Michael-and-Laurie characters from "Halloween" the way the filmmakers did, but they're here for you if you want them.

It's hard to care about any of the characters, old or new, because so many of them are stupid. The film is filled with groups of characters blowing huge advantages over Michael. Have you ever seen the GEICO ad that pokes fun at the poor decisions characters make in horror movies? The villain in that ad has the best "this isn't as sporting as I thought it would be" look on his face. Michael of course wears a mask, but I imagine he's making the same face under it, especially when he tilts his head a certain way. The most embarrassing sequence is actually a non-Michael one, where the angry mob pursues a scared mental patient that they think is a maskless Michael. Because if there are two things Michael is known for, it's masklessness and a tendency to flee. Come to think of it, the poor guy is one of the few characters in the movie smart enough to even try fleeing.

"Halloween Kills" does offer some good gory horror violence, if you're into that sort of thing. But the movie can't be scary or compelling to save its life. Even Michael's mask has lost its luster, probably having turned grimy from the fire. This film is the second in a planned trilogy, and it really plays like it was a chore that needed to be completed before the filmmakers could get to the grand finale that they really wanted to make. I will be looking forward to that movie considerably less after this lousy installment.

"Halloween Kills" is playing in theaters and streaming on Peacock. The film is rated R for strong bloody violence throughout, grisly images, language and some drug use. Its running time is 105 minutes.