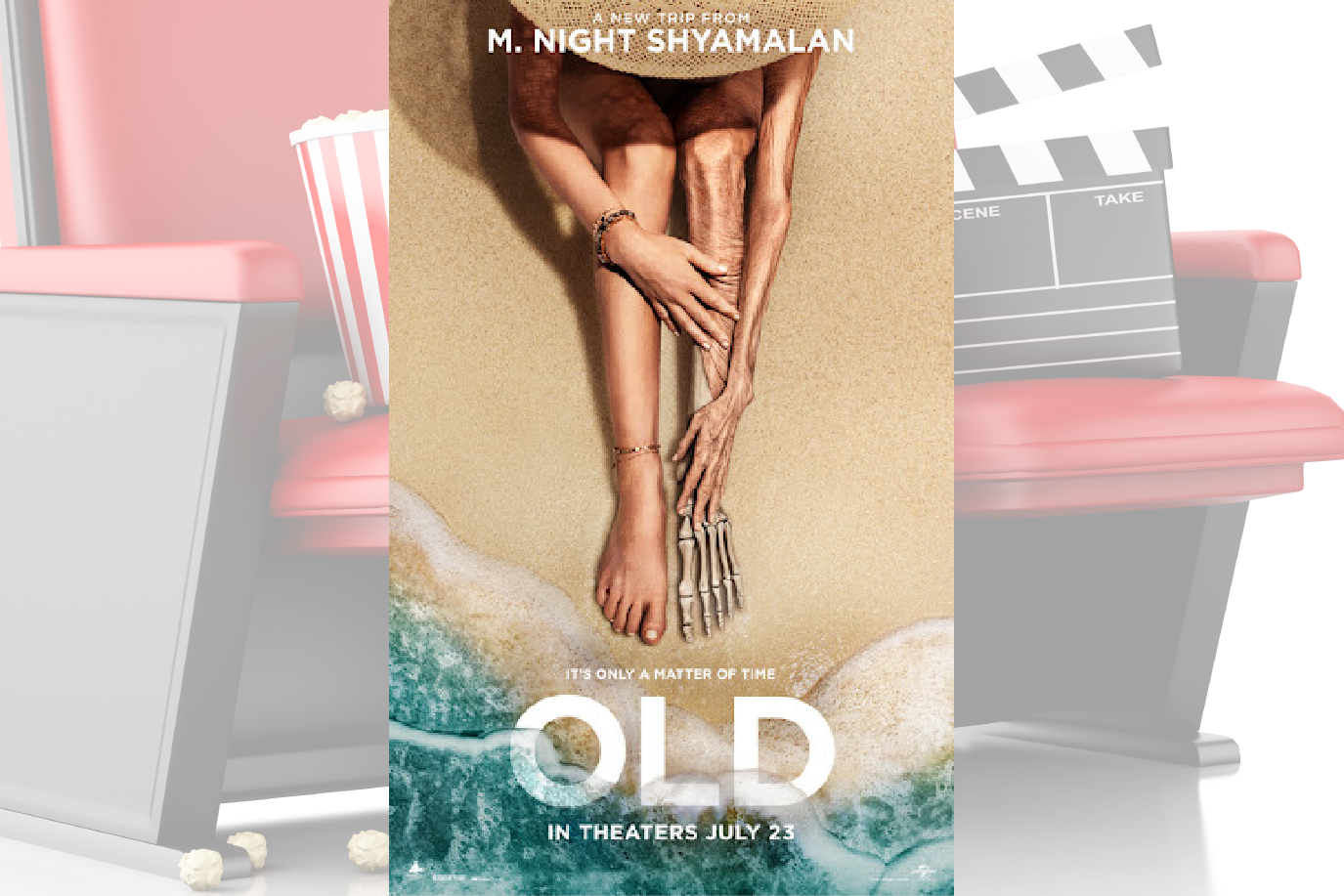 In a twist worthy of director M. Night Shyamalan, his latest movie "Old" pulled an upset at the weekend box office, beating out "Snake Eyes: G.I. Joe Origins" for the #1 spot. I'm glad this happened, as "Snake Eyes" was unoriginal franchise garbage that may prove detrimental to the career of likeable star Henry Golding (Grade: D). Many are saying that "Old" is also garbage, but I say at least it's unique.

We're not here to see these people make sand castles, something freaky has to happen. It soon does in the form of a dead body washing ashore. Charles is extremely suspicious of Mid-Sized Sedan... and he also thinks he has something to do with the body. The elderly Agnes has a heart attack soon after. A supposedly benign tumor causes distress for Prisca. Charles grows mentally unstable (Rufus Sewell played Anthony Hopkins' son-in-law in "The Father," and he's very much channeling Hopkins' Oscar-winning performance as an Alzheimer's sufferer here). And the kids are rapidly growing out of their swimsuits. Also, they can't get off the beach and a resort employee (Shyamalan) is spying on them, but not helping.

As hard as it is to believe, the beach is causing people to age at an accelerated rate, a year every half hour. The child characters are recast about every ten "years" so as not to require distracting amounts of makeup or special effects (which is good, because the child acting in this movie is super-stiff). The same doesn't happen with the adults (there's some hooey about their features already being set), which is a shame because it would really get people talking if they brought in Hopkins to play an older version of Charles.

The setting is cause for some dangerous scenarios, from perilous rock climbing and swimming in hopes of escape, to paranoia and hostility over who knows what, to a pregnancy that invites some uncomfortable questions about age of consent. And of course, not everyone makes it. Hint: the older they are, the worse their chances.

Shyamalan movies are known for their big ending twists, and this one indeed provides one. And I don't just mean that the staff at the resort aren't "on the level," everyone will figure that out right away. The bigger twist makes some sense, given the information at hand, though in many ways it is ridiculous. It taps into some timely issues involving medical treatments and their reliability.

The best and worst thing about "Old" is its ambition. There aren't a lot of "rapid aging" movies out there, and most of them are comedies, not horror like this one. The movie does some interesting things with the premise (we see a calcium deficiency taken to extremes), some overly-predictable things with the premise (let me guess, an epileptic character won't survive a seizure), some goofy things with the premise (the pregnancy), and some sweet things with the premise (Guy and Prisca grow old together). There's a lot of hitting and missing with Shyamalan's ideas, and I can see some people thinking it misses more than it hits, but I think it's about equal. Plus the Dominican Republic scenery is beautiful.