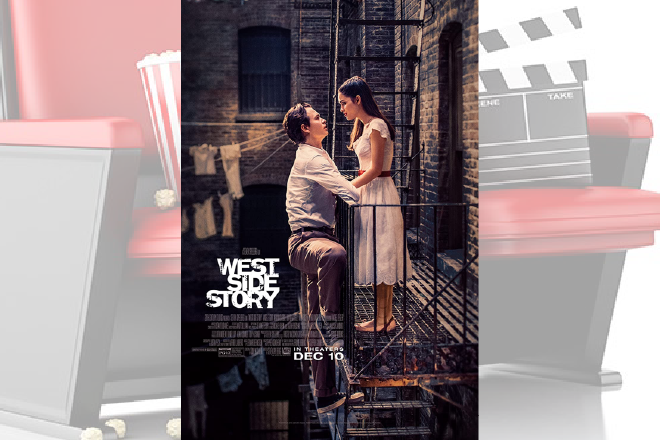 I first saw 1961's "West Side Story" in a middle school music class. My opinion at the time was mostly focused on how the street gangs looked none-too-tough with all that stagey dancing. As I got older, I gained more appreciation for the film and show, not just for its excellent singing and dancing, but also its exploration of issues like immigration, race relations, and the criminal justice system. When I heard Steven Spielberg was updating the property in his first-ever full-blown musical, I was worried that some of that thoughtfulness would be lost. But it turns out that Spielberg's version just as thoughtful as ever. It may even outdo the original by throwing gentrification into the mix. And the singing, dancing, and most of the acting is also outstanding.

The story follows star-crossed lovers Maria (Rachel Zegler) and Tony (Ansel Elgort). Maria is a somewhat naive recent immigrant from Puerto Rico that lives with her brother Bernardo (David Alvarez) and his girlfriend Anita (Ariana DeBose). Bernardo is the leader of the Sharks street gang, who are in the midst of a war with the Caucasian Jets over a shrinking New York territory. Leading the Jets is Riff (Mike Faist), though he's in constant contact with founder and longtime friend Tony. Tony is trying to get out of the gang life, having spent time in prison and currently living under the watchful eye of respected local shopkeeper Valentina (Rita Moreno). But Riff keeps trying to pull him back in, convincing him to go to a local dance where the Jets and Sharks will discuss the terms of an upcoming winner-take-all rumble. It is at this dance where Tony meets Maria, and the two fall instantly in love despite their conflicting affiliations. Can the two bring peace to the warring factions and live happily ever after? Since the story is based on the Shakespearian tragedy "Romeo and Juliet," I'd say... don't get your hopes up.

The musical numbers are, of course, legendary. Songs like "Tonight," "I Feel Pretty," and "Somewhere" are so famous that many people probably know them even if they can't match them to the show. I'm partial to the comedic-with-a-tinge-of-tragic "Gee, Officer Krupke" myself. And it's all expertly choreographed. If I wasn't already familiar with Spielberg's filmography, I would have guessed that he'd been directing musicals his entire career. Though I'm not sure he always nails the pacing. Some of the songs, especially toward the end, seem to be "milked" when they should be briefer and more effortless.

Most of the cast will be high in the running for Oscars come awards season, with the exception of Ansel Elgort. Most critics are rightfully pointing out that, despite the actor's best efforts, he just doesn't fit in here. I've been trying to pinpoint why, and I've narrowed it down to his look. His build is that of someone who has access to a personal trainer, not just to get ripped (which could be explained by the character's time in prison), but to know exactly which areas to work on for maximum handsomeness. Compare that to costar Faist, who looks malnourished in consistency with the character's rough upbringing.

Speaking of the Oscars, "West Side Story" will no doubt be in contention for several, including Best Picture, Best Director, Best Actress for Zegler, and a bunch of technical awards. But I'm particularly interested in the race for Best Supporting Actress. Rita Moreno won the award for playing Anita in the 1961 version. I could see her getting nominated for playing Valentina in this version, but I could also see Ariana DeBose getting nominated for playing Anita here. What if they're both nominated? Moreno vs. Anita - not that there's not plenty to be said for the Valentina character and DeBose's performance. Does the Academy go with the distinguished veteran or oversee a passing of the torch? And how awesome is this movie if the debate is between "which" actress wins an Oscar?

Colorado Parks turns over operation of...