Born August 25, 1949, in Lamar, she was the daughter of Roy and Alma (Downs) Robertson.  Janie was raised and received her education in Eads, graduating from Eads High School in 1968. 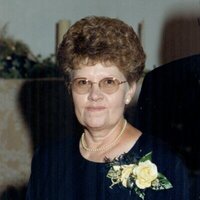 Janie was united in marriage to Tom Swopes December 28, 1968, in Kit Carson.  The couple made their home in the country outside of Eads.

Janie was a dedicated wife, mother, and homemaker.  She enjoyed flower gardening and taking care of her dogs.

In the early 2000s, Tom purchased his own truck and worked as an over the road truck driver.  Janie enjoyed traveling with Tom on cross-country trips.

In 2013, the couple moved to Cushing, Oklahoma, and in 2016, to Winfield, Kansas, to be near family.  She was a member of Chivington Friends Church.

Janie was preceded in death by her parents.

Private memorial services will be held later.  Arrangements are under the direction of Miles Funeral Service in Winfield, Kansas.

A memorial has been established in Janie's name for Kindred Hospice. Contributions may be made through the funeral home.