According to the latest U.S. Drought Monitor report, more eastern localities were experiencing moderate to extreme drought conditions compared to the prior report. 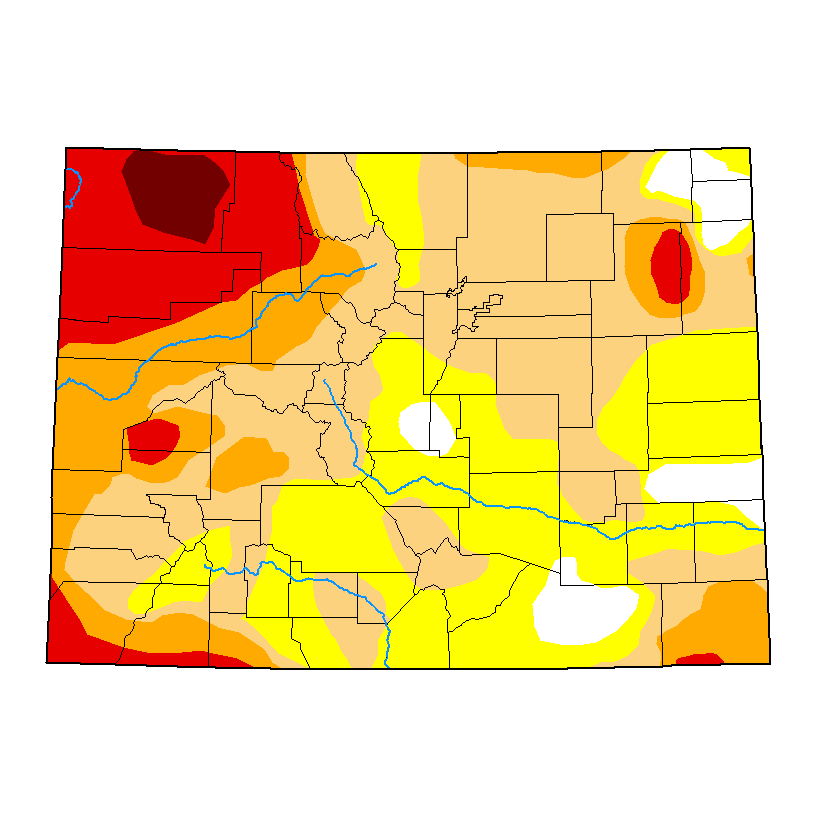 In northeastern and east central counties, harvest activities continued without delay. Corn harvest was fully underway. Temperatures were below freezing a few nights. Winter wheat seeding continued in a few areas but was close to completion. Emergence and stand quality remained a primary concern for producers due to dry conditions. Livestock producers continued weaning activities. Supplemental feed was being provided in areas due to poor pasture conditions.

In southwestern counties, storms brought good moisture to areas. Some frost was noted, and snow fell in the mountains. County reports noted dry bean harvest was delayed due to moisture.

In the San Luis Valley, potato harvest was nearly complete. However, remaining progress was delayed due to frost and temperatures were cold enough to damage unharvested potatoes.