EarthTalk – Is a shortage of batteries is slowing down the development of solar and wind power?

Is it true that a shortage of batteries is slowing down the development of solar and wind power here in the U.S.? If so, what are we doing to ramp up battery production if anything?

As the climate crisis worsens and public outcry can no longer be ignored, policymakers are tasked with ramping up the production of renewable energy. The Biden Administration has announced its desire to de-carbonize the grid by 2035. According to the Environmental Protection Agency (EPA), United States electricity production emits 25 percent of total greenhouse gas pollution, just behind transportation at 27 percent of the country's emissions. Renewable alternatives are starting to garner more support for both electricity production and manufacturing of zero-emission electric vehicles. With these potential solutions to the climate crisis, a new problem arises: Both rely on lithium batteries to store energy. 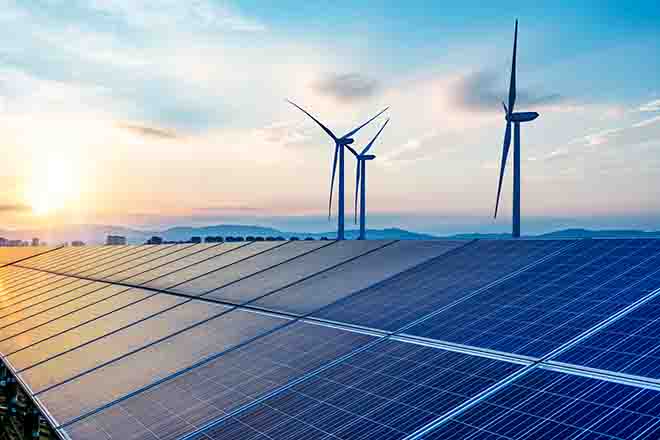 For the renewable energy industry to grow and ultimately take prominence, energy storage will be a critical piece to the puzzle. As critics point out, without an effective method to store energy, renewables like solar and wind are only good when the wind is blowing or the sun is shining. The most common way that energy is stored now is through the use of lithium batteries. Fluence, a global leader in energy storage technology, says that the cost of a lithium battery has begun to soar up to 20 percent higher than last year. This cost increase can be attributed to the increased price of the lithium and nickel needed to make the batteries, as well as bottlenecks in transport and labor.

Renewable energy projects are also reporting difficulties procuring lithium and nickel due to having to compete against the electric vehicle (EV) manufacturers. EV companies have proven to be a formidable competitor in the market due to their consistency and predictable ordering patterns which make them a favorite for battery manufacturers to work with.

The U.S. Department of Energy (DOE) is left to piece together a solution other than lithium batteries to achieve their lofty goals. One route they may take to avoid competition with EV producers is to use an alternative method of energy storage altogether. A Finnish company, Polar Night Energy, has developed a sand "battery" that is able to store heat in sand tanks up to 500 degrees Celsius, allowing that heat energy to be used later on. This is not to say that the future of American energy is sand, however it is a valuable example of how investing in innovative ideas can pay off in the form of creative solutions for the nation.

Iowans against ‘factory farms’ rally at...