EarthTalk – What are the environmental implications of the western drought?

What are the environmental implications of the current drought across the American West and how does it compare with past dry spells?

The National Oceanic and Atmospheric Association's U.S. Drought Monitor (USDM) database, found on Drought.gov, reports that as of August 31, 2021, 39 percent of the U.S. is in drought, with 30 states experiencing Moderate Drought or worse. The USDM uses a five-category system to classify drought severity, from Abnormally Dry to Exceptional Drought. The percent area of the western U.S. in extreme to exceptional drought peaked at 59.5 percent July 20, 2021, while the percent in moderate to exceptional drought peaked at 90.3 percent July 27, 2021. This value exceeded the previous peak in the 21-year USDM record that occurred in August and September of 2003. 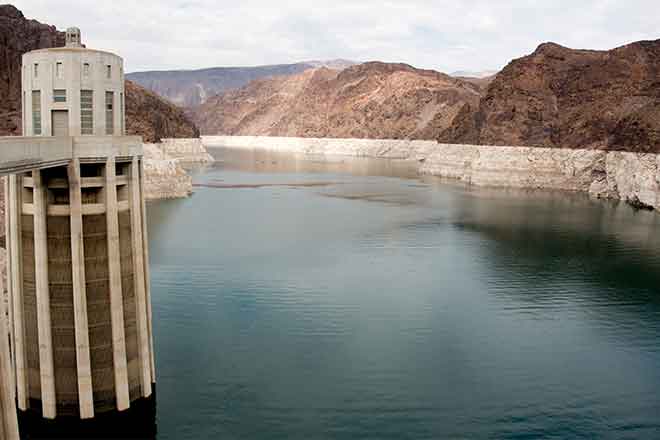 These significant drought conditions have dropped several bodies of water in the Western United States to record-breaking lows. July 23, 2021, the Great Salt Lake in Utah, one of the largest bodies of water in the U.S., reached its lowest water level since the U.S. Geological Survey began taking measurements in 1875. The previous low was set in 1963. Additionally, as of August 22, 2021, Nevada and Arizona's Lake Mead reservoir had dropped to just 35 percent of its capacity, and the Lake Powell reservoir that spans across Utah and Arizona is now at just 31 percent of its capacity. This current lake elevation data comes from the U.S. Bureau of Reclamation, which manages the Lake Mead and Lake Powell reservoirs, and other portions of the Colorado River watershed. The U.S. Bureau of Reclamation recently decided that, given the historic drought, the Lake Mead reservoir will operate in what is called a Level One Shortage Condition for the first time ever in 2022. This will mean reduced water throughout 2022 to Arizona, Nevada, and Mexico.

As water levels drop and become hotter during drought, cyanobacteria in algae blooms thrive. These toxic algae blooms, which can appear blue-green in color, or sometimes a reddish-brown color, can harm the nervous system and liver, and can be fatal if ingested. The 2015 study Drought-Induced Water-Level Reduction Favors Cyanobacteria Blooms in Tropical Shallow Lakes projected a warmer and drier climate in the future will reduce water quantity and quality, increasing the risks of cyanobacteria blooms. The Idaho Conservation League reported in August 2021 that heat waves, drought, and excessive pollution are contributing to what could be the worst year ever for toxic algae in Idaho.

This summer's drought conditions are also contributing to poorer air quality and a spike in aggravating adverse allergy and respiratory symptoms. According to the Centers for Disease Control and Prevention, the dusty, dry conditions that accompany drought increase the number of particulates suspended in the air, irritating bronchial passages and lungs. Increased air pollution may potentially play a part in surging mortality rates from COVID-19, according to recent studies out of Harvard. A separate study out of Stanford University in 2014 warned of the rise of amplified air pollutant accumulations due to drought and increased difficulty in meeting air quality goals.