EarthTalk - Are cicadas being impacted by environmental issues?

Are the cicada blooms of the eastern U.S. out of whack due to global warming and/or other man-made environmental problems?

The short answer is...probably. If you live in the eastern or midwestern U.S., you've likely seen so-called periodic cicadas. These inch-long, gray- and orange-winged insects with bulging red eyes feed on the underground xylem tissue of tree roots for years before emerging in millions-strong-per-acre swarms to mate and then die. Of the 3,000 different cicada species around the world, only seven--all in North America--are periodical. The first historical reports of periodical cicadas came from the Pilgrims who landed at Plymouth Rock and were shocked to see such a wondrous biological phenomenon unfold before their eyes during the summer of 1634.

Cut to the present, summer 2021 promises to be a doozy as cicada "blooms" go. From Georgia and Tennessee north to Michigan and New York, we can expect to see a big showing as the largest generational brood, Brood X, emerges from the ground en masse as spring warms to summer. 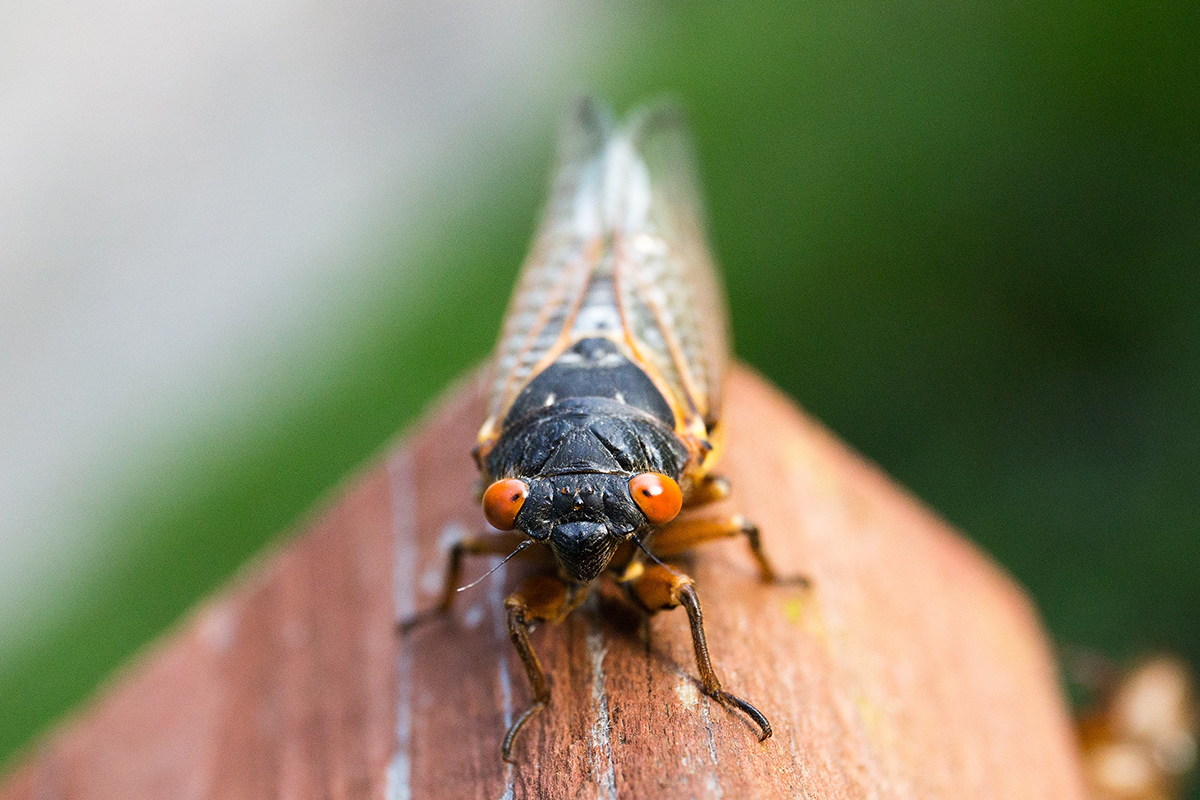 But even though this spectacle typically starts in May, this year millions of cicadas came out as early as March. Researchers believe they were erroneously triggered by a warming-induced "false spring" when the weather warmed up enough for trees to start leafing out early, even though at least one more freeze was still on the way. Even stranger still, a smaller segment of Brood X actually emerged four years early in and around Washington, D.C. in the late spring of 2017.

"[For] these accelerations that we're seeing constantly for all these different broods over much of the eastern half of the U.S., the only common phenomenon that can account for it is climate," biologist Gene Kritsky of Ohio's Mount St. Joseph University, who has been studying and mapping periodical cicadas for decades, tells Scientific American.

Time will tell if this warming-induced aberration in the cicada's lifecycle will have deleterious effects on the environment. The Pilgrims may have mistakenly thought they were being swarmed by a plague of locusts of biblical proportions that would eat up all their crops, but cicadas are actually beneficial to the environment, providing valuable ecosystem services to the communities of plants and wildlife in their native territories. Once the cicadas do emerge, they aerate soils, serve as a food source for predators, and relieve predatory pressure on other insects, serving as a biological kickstart to local ecosystems.

Scientists studying the ecological role of cicadas worry that altering the timing of their emergence could potentially have negative effects on the bug's populations moving forward, not to mention other environmental ripple effects. In the meantime, consider yourself lucky if you do get to see the cicadas--indeed one of the great phenomena of nature of the eastern U.S.--during this summer of Brood X.