A Lamar Community College (LCC) student has been recognized for his exceptional leadership and academic achievement and will receive the prestigious Coca-Cola Academic Team scholarship to help him pay for his future studies as his reward.

Damon Elarton was named a Coca-Cola Academic Team Scholar, a designation awarded to just 150 community college students out of the more than 2,000 applicants.

To be eligible for this program, students must submit an application for the Phi Theta Kappa (PTK) All-USA Academic Team and be selected as a nominee by their college. PTK is the official national community college honors society. 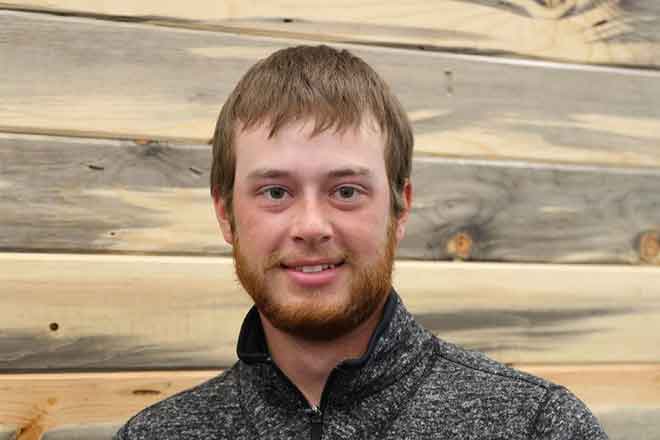 Elarton will receive a $1,000 scholarship. In order to be eligible for the scholarship, students must have maintained at least a 3.5-grade point average in all college coursework from the previous five years. Coca-Cola Scholars are selected based on the scores they earned in the All-USA Academic Team competition. Applicants must be pursuing an associate or bachelor's degree and have no record of serious disciplinary action against them.

"I've worked with Damon Elarton over the last two years in several classes and he has consistently shown maturity, humility, intellectual curiosity, and a tremendous work ethic," said Kelly Emick, LCC's PTK chapter co-advisor and history instructor. "Damon brought these traits when he came to LCC, and he has not only pursued excellence himself, but he has been a quiet leader and supportive peer to other students along the way. I am very excited to see him win national recognition through Phi Theta Kappa and I will be cheering him on as he moves to the next level of his academic and athletic career."

Dr. Linda Lujan, president of LCC, said Elarton is a hard-working student and well-deserving of the award.

"We're incredibly proud of Damon Elarton," Lujan said. "He is truly a diligent student and is reflective of the kind of students LCC cultivates. We congratulate him on this tremendous honor and wish him the very best of luck."