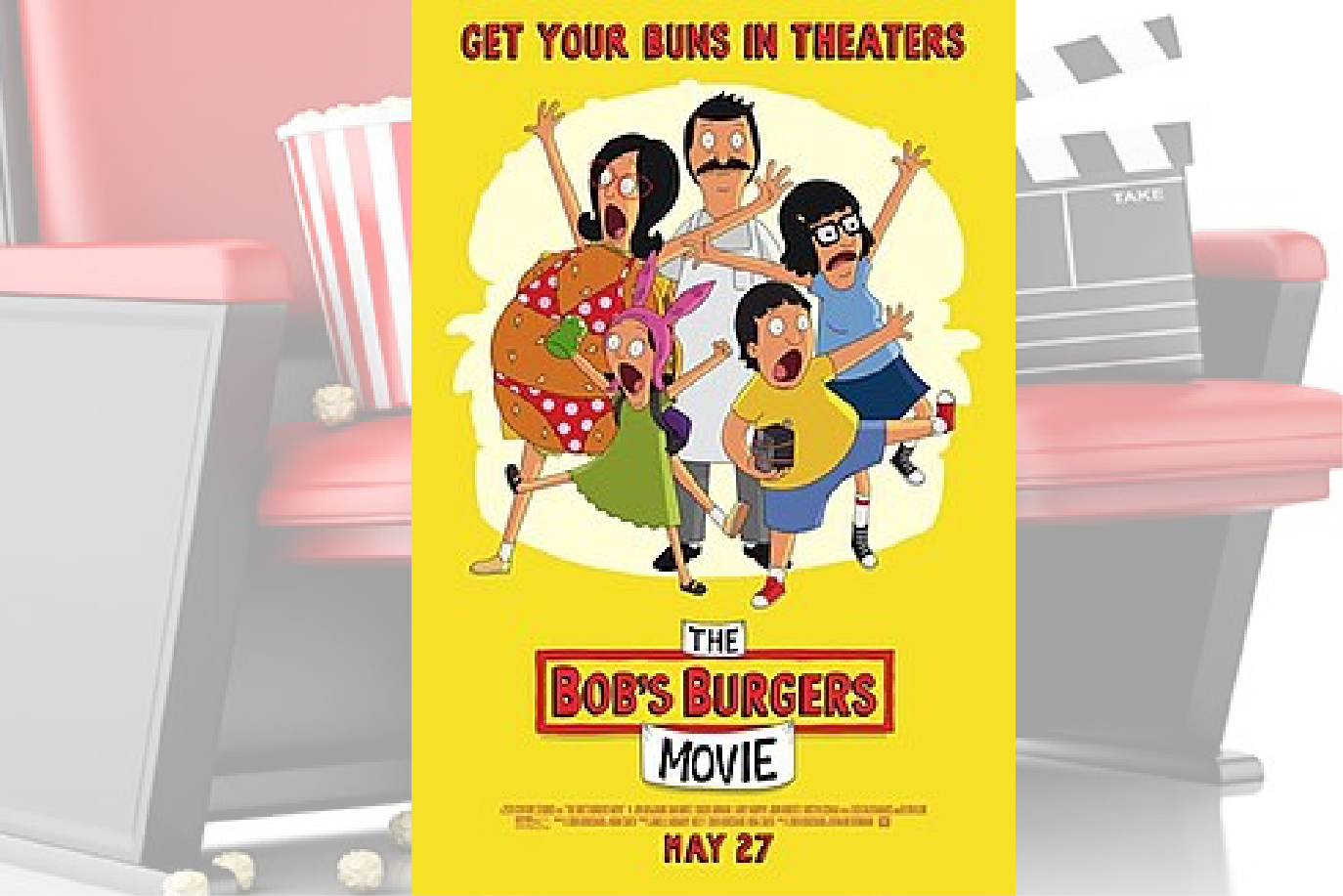 Since premiering in 2011, "Bob's Burgers" has very quietly become an invaluable part of Fox's Sunday night animation lineup. In fact, it has become the best part. By which I mean that current-era "Bob's Burgers" is better than current-era "Family Guy" or "The Simpsons," though 90's "Simpsons" is something of an all-time champion. Now struggling restaurant owner Bob Belcher and his family have made the jump to the big screen, and the result is predictably funny and enjoyable.

Bob (H. Jon Benjamin) and his wife Linda (John Roberts) are hoping to get an extension on a bank loan so they can keep their restaurant open for its best summer ever. The extension is curtly denied, and the family has just a week to make payment or they'll be shut down. Bob will have to sell a lot of burgers to make the payment, but the start of summer means the start of tourist season, so they might just pull it off. But then a huge sinkhole opens up in front of the restaurant, blocking its entrance, which means the family can sell zero burgers. Bob's friend Larry (Larry Murphy) tries to set them up with a cart so they can sell burgers at the nearby boardwalk, but they don't have a vendor's license the local carnies aren't exactly welcoming.

Bob's kids have their own plans for the start of summer. Teenage daughter Tina (Dan Mintz) wants to work up the courage to kiss a boy. Son Gene (Eugene Mirman) wants his band (with a pun name worthy of the series' reputation for awesome pun names) to play in a nearby amphitheater. Youngest daughter Louise (Kristen Schaal) wants to prove she's not a baby after another girl points out that she's afraid to be separated from her trademark bunny ears.

Louise decides that the key to proving her bravery is to explore the sinkhole, which results in the discovery of a dead body. Louise freaks out and is humiliated, the sinkhole can't be filled in because it's now a crime scene, and the family's landlord Calvin Fishoeder (Kevin Kline) is arrested for murder. The kids undertake the task of proving Mr. Fishoeder's innocence, since his incarceration will mean the end of the restaurant regardless of the situation with the bank. They suspect Mr. Fishoeder's no-good brother Felix (Zach Galifianakis) of being the real murderer, though I had my sights on the brothers' cousin Grover (David Wain), simply because I thought he was a character exclusive to the movie (I was wrong, he has in fact been in two episodes of the show).

The way to tell the movie apart from the show is its length (of course), some more ambitious animation during driving sequences, and more elaborate musical numbers. The show is known for containing either original or parody songs in almost every episode, but they've never been belted out quite like they are here. It turns out that Roberts in particular has a surprisingly lovely singing voice. I found myself wondering if the opening number could somehow be dragged out for the whole movie.

The murder mystery stuff isn't all that enthralling in "The Bob's Burgers Movie," which is a shame because it dominates the last act and the movie takes itself too seriously for a bit. But you'll get plenty of what you came for here, with creative wordplay and clever asides around almost every turn. I understand why "Top Gun: Maverick" has made more money than "The Bob's Burgers Movie," but the latter had a much more responsive audience at the screening I attended, even if there were fewer people. This was the most fun I'd had at the movies... maybe all year.

"The Bob's Burgers Movie" is rated PG-13 for rude/suggestive material and language. Its running time is 102 minutes.