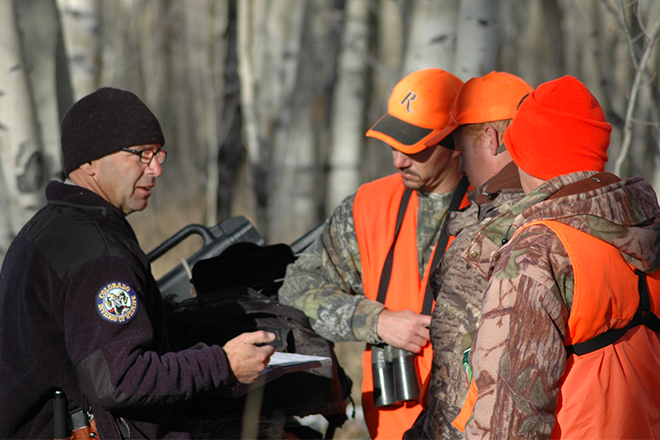 (Colorado News Connection) Few people spend as much time in the wilderness and outdoors as hunters and anglers, and a new report aims to be a springboard to bring those conservationists and their knowledge into discussions of combating climate change.

The report, titled A Hunter's and Angler's Guide to Climate Change, touches on a variety of landscapes throughout the country used by sportsmen and women that face environmental threats. Among them are the country's forests and rivers. 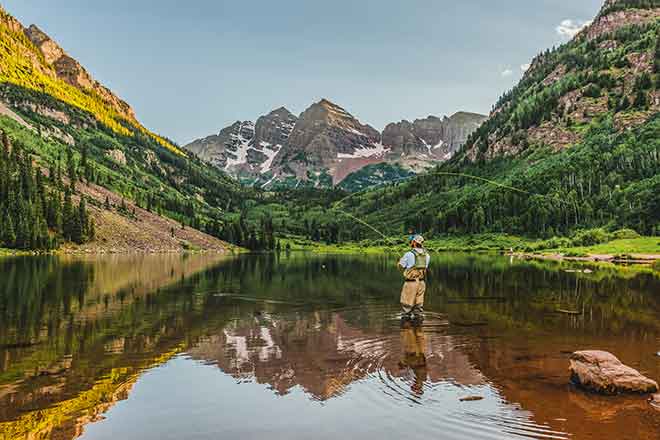 A fly fisherman makes a cast at sunset in the Maroon Bells wilderness near Aspen, Colorado. (c) iStock - Matt Dirksen

Aaron Kindle, director of sporting advocacy at the National Wildlife Federation and the report's author, said in Colorado, heat waves, droughts, and forest fires are hurting outdoor recreation in the state.

"If your elk hunt is canceled because the unit that you were going to hunt in is burning down, that's clearly an impact on the ability to hunt," Kindle remarked. "We saw historic closures this year in Colorado. Many rivers closed because of too hot of temperatures for trout, so those are the kinds of things we're seeing, that are really meaning, our ability to hunt and fish is under threat."

Colorado had its first 200,000-acre forest fire in 2020. The report showed natural infrastructure can offer some level of protection for these areas. Wetlands, forests and floodplains in particular can prevent flooding and help purify water.

Kindle said some immediate actions hunters and anglers can take to start contributing to the fight against climate change include taking part in reforestation efforts. But a big part of finding environmental solutions is by advocating for resources on the state and federal level.

"We are a community of storytellers," Kindle reflected. "We talk about the hunt. We talk about fishing. We talk about the seasons and how they've changed. And hunters and anglers have such a crucial narrative that would help shape those pieces of legislation into a better form."

Among the federal support named in the report is the REPLANT Act, which would quadruple investments in reforestation in national forests. It also suggested relaunching the Civilian Conservation Corps, a 1930s public-works program, but with a focus on addressing climate change.