Sportspersons from across Colorado are invited to Colorado Parks and Wildlife's Southeast Region Sportsperson's Caucus for updates on a variety of issues important to hunters, anglers, and outdoor enthusiasts.

The featured topic will be allocation of big game hunting licenses.

"CPW is examining its current big game allocation policies," said CPW Southeast Region Manager Brett Ackerman. "This caucus discussion will be part of our thorough and comprehensive outreach to stakeholders to determine the path forward." 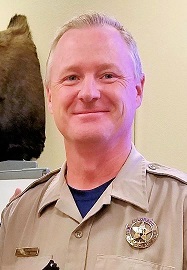 The virtual-only caucus is scheduled 6:00-8:00 p.m., Thursday, January 6. It will be streamed live, online, via CPW's statewide Facebook page: www.facebook.com/CoParksWildlife.

Besides Ackerman, the caucus will feature Larry McCormack and Ron Goodrich, who represent the CPW Southeast Region caucus as delegates to the statewide Sportsperson's Roundtable.

"Our Sportsperson's Caucus is a great opportunity for hunters, anglers, trappers and outdoor enthusiasts to engage with CPW staff as well as our caucus representatives," Ackerman said.

He noted that McCormack and Goodrich will carry all positions taken by the Southeast Region caucus to the Statewide Roundtable when important policy decisions and issues are debated.

"We want all Colorado residents to have an active voice in how CPW manages wildlife," Ackerman said.

The caucus agenda is posted on the CPW website.

Roe overturned: What you need to know about...