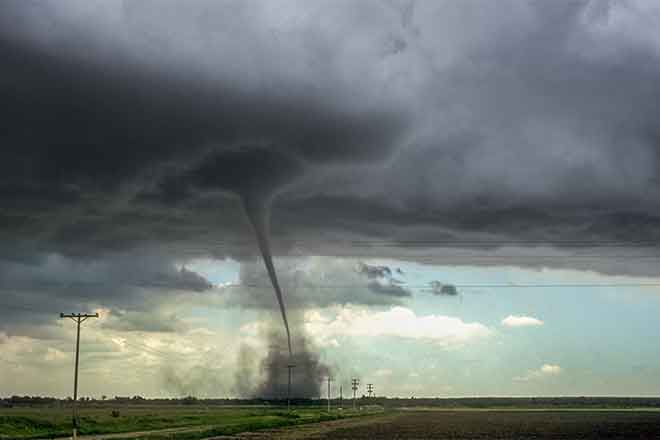 The first warning was issued at 6:53 p.m. in Crowley and Kiowa Counties for a tornado spotted by Texas storm chaser Marcus Diaz near Sugar City in Crowley County. The landspout tornado was estimated to be 5-7 miles west of Highway 96 and Crowley County Road 31. That warning was allowed to expire at 7:15 p.m. 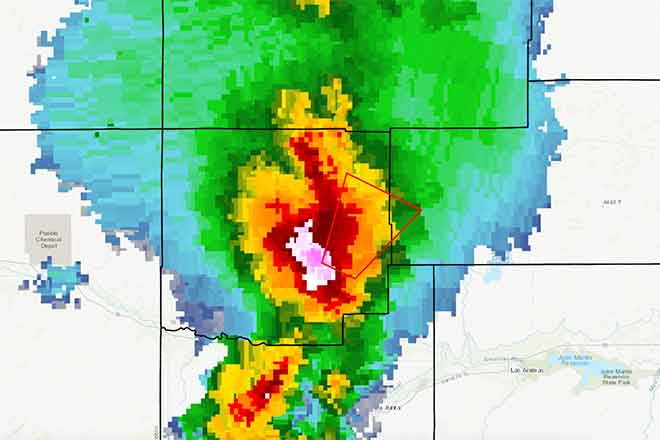 Warning issued for a tornado near Sugar City in Crowley County, Colorado, May 19, 2020. Courtesy NWS

A second warning was issued at 8:05 p.m. and included portions of Otero, Kiowa, Crowley and Bent counties near the general area of the first warning.

Radar indicated that storm system was capable of producing a tornado, along with one-inch hail. When issued, a severe thunderstorm was located over Cheraw in Otero County.

That warning was allowed to expire at 8:30 p.m. 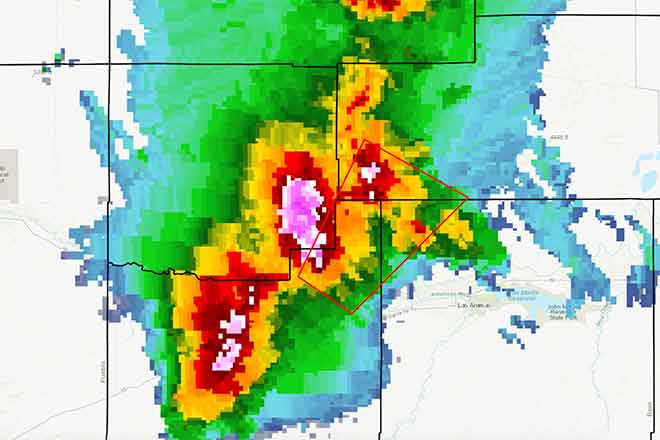 The third warning came at 8:40 p.m., with an additional confirmed tornado near Sugar City. That warning was cancelled at 9:02 p.m. 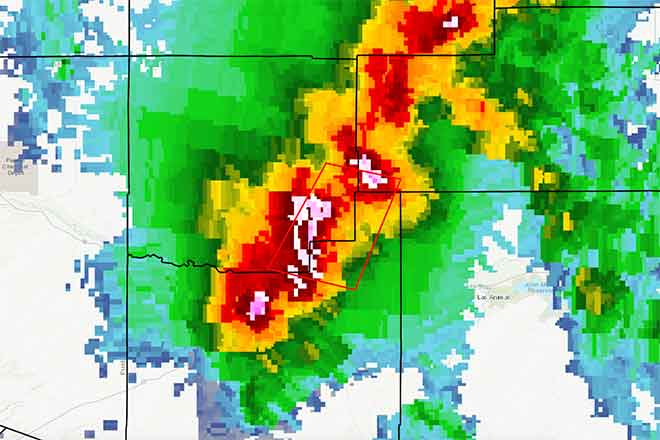 A flash flood warning was also issued for north central Otero County, western Kiowa County, and southeast Crowley County. Two to three inches of rain had fallen in the area by 8:45 p.m., potentially causing flooding of low-lying areas. Rocky Ford and Sugar City were in the warned area. 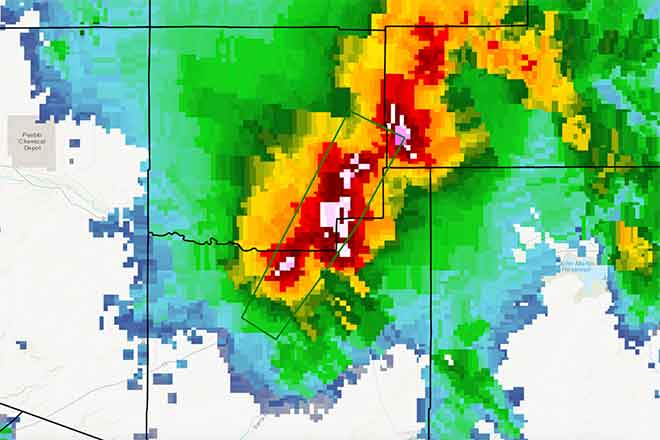 Thunderstorms in the region have prompted a number of warnings during the evening. In addition to tornadoes, wind gusts to 60 miles per hour and one-inch hail were the main threats.

No reports of damage have been received from the tornadoes near Sugar City.