Wyoming remained hot and dry for the week ending July 17, 2022, according to the Mountain Regional Field Office of the National Agricultural Statistics Service, USDA.

Temperatures for the most part were above normal, with some areas of the state seeing temperatures as much as 6 degrees above average.

Precipitation levels were below normal for most of the State. The exception was in extreme portions of the northwest and southwest that saw levels slightly above normal.

According to the United States Drought Monitor for July 14, 2022, the amount of land that was drought free stood at 11.6 percent, compared to 12.8 percent the previous week. The amount of land rated abnormally dry was 28.2 percent, up slightly from last week's 27.9 percent. Moderate drought was found in 35.7 percent of the state, up from 31.4 percent. Severe drought fell to 20.9 percent, compared to 24.3 percent last week. Extreme drought was unchanged from last week at 3.6 percent. 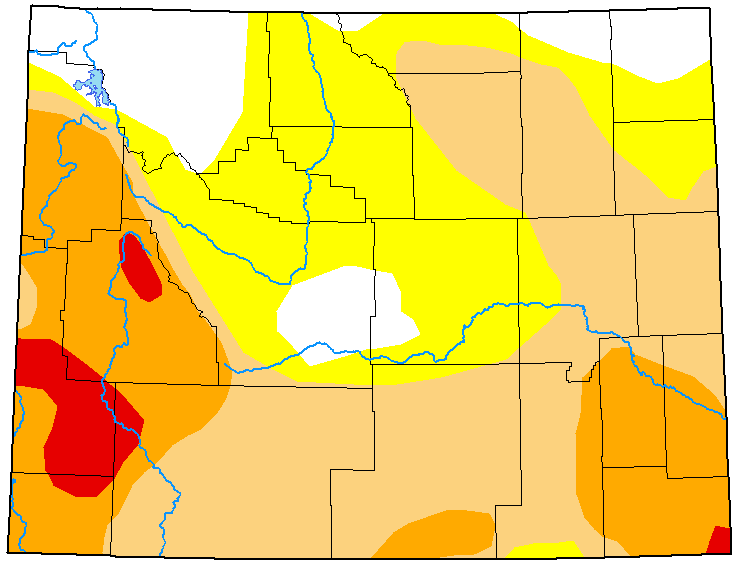 There were some thunderstorms in Lincoln County, but conditions remained predominantly hot and dry. Temperatures were still dipping into the 40s at night but reached into the 90s during the day. Many farmers were putting up alfalfa hay.

A report from Platte County indicated that crops were not doing well. The rains that fell were not enough to alleviate the hot and dry conditions. Forecasted highs for the upcoming week were expected to add to the existing heat stress. Hay supplies were insufficient.