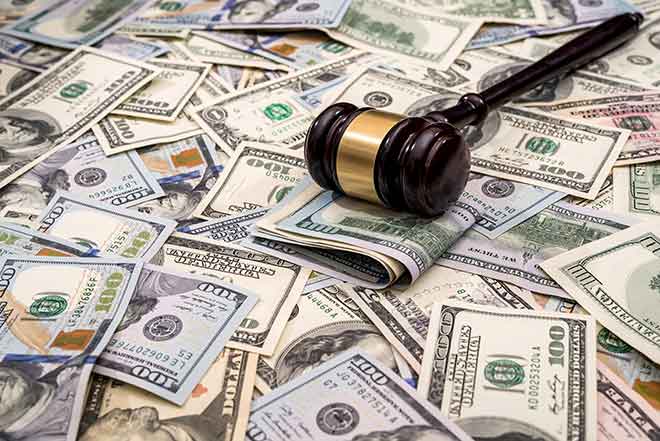 (The Center Square) - On the final day of its term, the U.S. Supreme Court issued a major ruling Thursday preserving the rights of donors to charitable organizations to remain anonymous.

The dispute began when California passed a law requiring the disclosure of the names of charitable donors to the state's attorney general. Two conservative groups, Americans for Prosperity Foundation and the Thomas More Law Center, challenged the law, saying it would have a chilling effect, particularly on political donations, thus infringing on their First Amendment rights.

Chief Justice John Roberts wrote the majority opinion in the case, which was decided 6-3 along ideological lines.

"We do not doubt that California has an important interest in preventing wrongdoing by charitable organizations," Roberts wrote. "There is a dramatic mismatch, however, between the interest that the Attorney General seeks to promote and the disclosure regime that he has implemented in service of that end."

Opponents of California's regulation pointed to a 1958 Supreme Court ruling that prevented segregated states from obtaining the information of members of the NAACP.

The ruling has major political implications. Conservatives have criticized the California law, saying it would allow for opponents to weaponize "cancel culture" to intimidate donors into not giving to conservative causes.

"Today's decision protects Americans from being forced to choose between staying safe or speaking up," AFPF CEO Emily Seidel said. "The ability to maintain one's privacy makes it possible for people to join together in causes and movements. Especially given how polarized our country has become, the work of addressing injustice and advocating for change is hard enough without people facing fear of harassment and retaliation from the government and from potentially violent opposition. This right to come together with one another was critical for the success of the Civil Rights movement, marriage equality, and - as the Court's decision affirms - it remains critical today."

Justice Sonia Sotomayor wrote the dissenting opinion, which argued that the court should be concerned with the Constitutionality of the measure more than its merits.

"It does not matter if not a single individual risks experiencing a single reprisal from disclosure, or if the vast majority of those affected would happily comply," Sotomayor wrote. "That is all irrelevant to the Court's determination that California's Schedule B requirement is facially unconstitutional. Neither precedent nor common sense supports such a result."

Sotomayor also challenged the assumption that the law violates the First Amendment.

"It then invalidates a regulation in its entirety, even though it can point to no record evidence demonstrating that the regulation is likely to chill a substantial proportion of donors," Sotomayor wrote. "These moves are wholly inconsistent with the Court's precedents and our Court's long-held view that disclosure requirements only indirectly burden First Amendment rights."

The decision came as part of a major day for the high court as it released another 6-3 decision siding with Arizona's new election regulations that would limit ballot harvesting and provisional ballots.

Conservative groups celebrated the nonprofit ruling Thursday. However, the case brought together a diverse array of groups across the ideological spectrum, including the ACLU, NAACP, the Becket Fund, Alliance Defending Freedom, PETA and others.

Several left-leaning groups wrote to the court to support the conservative groups' challenge, a rare moment of cooperation between the ideological opponents.

"In this amicus brief, the ACLU, the ACLU Foundation, the NAACP Legal Defense and Educational Fund, the Knight First Amendment Institute at Columbia University, the Human Rights Campaign, and PEN America argue that California's blanket demand for tax documents identifying the major donors to nonprofit organizations infringes the First Amendment right to associational privacy, in light of the state's demonstrated inability to maintain the confidentiality of that information," their brief says.

Why China’s shrinking population is a big...