What is a Latter-day Saint temple? 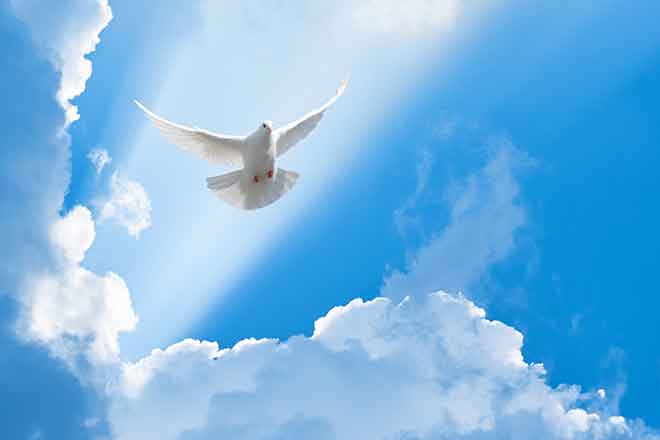 Temples in the Church of Jesus Christ of Latter-day Saints, often referred to as the Mormon church, have long been a site of curiosity, suspicion and admiration. Grand, sometimes even imposing structures, temples are among the most distinctive symbols of the church.

Temples are where the faith's most sacred rites or "ordinances" are performed, so church members were traditionally taught not to discuss some of them publicly. But Latter-day Saint leaders have worked to dispel confusion about temples by posting photographs of the interior, describing rites in more detail and promoting public tours. Many locations include adjacent "visitors centers" that offer a brief introduction to the temple and church teachings, and new or remodeled temples are open to the public before they are dedicated for worship.

The LDS temple in Washington, D.C., for example - the faith's tallest, and a common landmark for commuters in the U.S. capital - will be open for tours from April 28 to June 11, 2022, after four years of renovations.

Once a temple is being used for religious rituals, however, entrance is restricted to members of the church who hold what is called a "temple recommend": a document from local religious leaders attesting that the church member is in good standing. So what happens inside?

Temples are different from churches in the Latter-day Saint faith. Weekly Sunday services are held at "meetinghouses," where congregation members teach religious lessons and celebrate Communion, which they call "the sacrament." Churches also host other events for the local LDS community.

There are tens of thousands of such meetinghouses around the world, which are open to the public and commonly display a "Visitors Welcome" sign. These are simpler, smaller buildings that look similar to other Christian churches.

By contrast, temples are rarer and considered much more sacred. There are currently 170 operational temples in the world, on every continent except Antarctica. Temples are closed on Sundays.

As a scholar and historian of Mormonism, I can confirm that temples have long been a source of controversy - even back in 1903, when the election of a prominent Latter-day Saint to the U.S. Senate sparked a yearslong government investigation. Critics argued, unsuccessfully, that the vows Latter-day Saints make in temples should disqualify them from office.

In the past century, temples have continued to spark public scrutiny, generally when a local community opposes plans to build a new one.

The three primary rites that take place inside are marriages, called "sealings"; the "endowment," which reenacts the Bible's creation story; and "baptisms for the dead." In this ritual, also called proxy baptism, church members stand in for people who died without having received an LDS baptism. Latter-day Saints believe that the deceased person has an option in the afterlife of accepting or rejecting the baptism.

Latter-day Saints often experience these rites as deeply transformative and are taught that they have eternal consequences. In marriage sealings, for instance, Latter-day Saints believe they connect with a spouse not only for their lives on Earth, but for all time in the afterlife as well, although divorce is permitted.

During the endowment rite, in which many adult Latter-day Saints participate, members make vows to serve God and others and receive instructions about salvation. Those who have received the endowment ritual also promise to wear a sacred "garment" under their regular clothing.

Some members find the rites esoteric, strange or outdated. But most return again and again to absorb the symbolism and seek answers to prayer.

On the outside, temples display a variety of styles from Gothic to modernist. Today, most have a prominent steeple with a golden angel blowing a trumpet: the Angel Moroni. Moroni has a central role in the church's narrative, as a prophet in the Book of Mormon who appeared to modern church founder Joseph Smith.

Inside, each of the rituals has a distinct room or rooms. Baptisms for the dead are performed in the basement in a large font on the backs of 12 oxen. Sealing rites are performed in smaller rooms with a central altar at which a couple kneels as they are married.

The endowment is the most elaborate. Participants sit in a small theater, with men and women on separate sides, to watch a film that depicts a sacred drama of Adam and Eve. At the end, all are admitted together to pray and converse in an elegant salon called the "celestial room," the most sacred room, which represents the presence of God.

The rites have often raised debate. Outsiders are excluded, which means that even immediate family members might not be present at a loved one's marriage ceremony. Same-sex couples are excluded from sealings. Before 1978, Black church members were prohibited from participating in any of the rites. Latter-day Saint feminists have criticized some of the vows in the endowment for reinforcing gender hierarchy, although some welcomed changes the church made in 2019.

Baptisms for the dead also have drawn criticism. Zealous church members have used genealogical records to perform baptisms for the dead for Holocaust victims, which Jewish groups have condemned as disrespecting victims' faith. Church leaders have put controls in place to discourage the practice, such as urging members to focus on their own ancestors.

[Explore the intersection of faith, politics, arts and culture. Sign up for This Week in Religion.]

Yet temples have also brought inspiration, and not only to adherents. The late Lutheran theologian Krister Stendahl once applied his famous idea of having "holy envy," or admiring aspects of other faiths, to describe his own appreciation for LDS temples.

As sacred sites where members of the Church of Jesus Christ of Latter-day Saints engage in distinctive practices, temples are bound to spark a variety of responses for years to come, especially as the church continues its ambitious project to build more.

Bill would bar Chinese interests from...